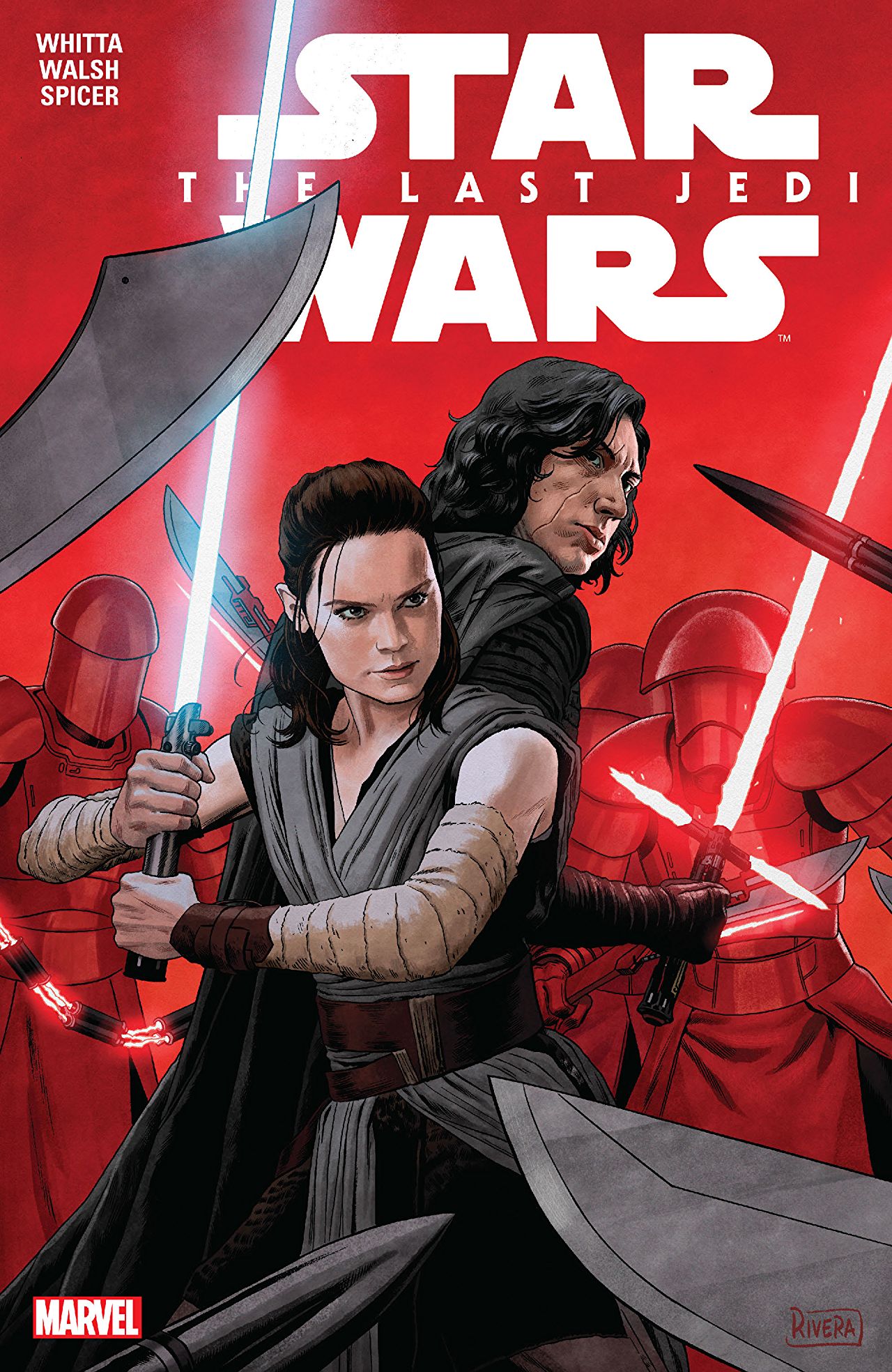 Added to Watchlist. From metacritic. The Rise of Daniel Kaluuya. The Most Anticipated Movies to Stream in February Editorial Lists Related lists from IMDb editors.

You must be a registered user to use the IMDb rating plugin. Show HTML View more styles. Nominated for 4 Oscars. Edit Cast Cast overview, first billed only: Mark Hamill Leia Organa Adam Driver Kylo Ren Daisy Ridley Rey John Boyega Finn Oscar Isaac Poe Dameron Andy Serkis Snoke Lupita Nyong'o Maz Kanata Domhnall Gleeson Above all, it delivers a terrifyingly calculated consensus storytelling, an artificial universality that is achieved, in part, through express religious references The rebels-up-against-it plot, with our heroes worn down to the nub of their fighting spirit, feels like a rehash of what we went through a year ago in Rogue One , and the attempts to echo the look and mood and darkening design of The Empire Strikes Back now make clear that the new trilogy is an official monument to nostalgia.

Reviewers characterized The Last Jedi as divisive among audiences. The Rise of Skywalker , the final installment of the sequel trilogy, was released on December 20, Abrams would return to direct the film and co-write it with Chris Terrio.

Some filming locations: The island of Skellig Michael in Ireland top , Salar de Uyuni , a salt flat in Bolivia middle , and the city of Dubrovnik, in Croatia bottom.

Archived from the original on June 20, Retrieved June 20, Creating Crystal Foxes - Showdown on Crait Star Wars: The Last Jedi Learn how the stunning crystal foxes on Crait came to life.

LEGO Star Wars Battle Run Follow BB-8 as you roll your way through an intense battle on the planet Crait.

Dan Brooks. Dan Mumford on His Incredible Star Wars: The Last Jedi Art Plus first details on a timed release of screen prints and the exclusive reveal of beautiful new variant editions.

Meet the Wookiee StarWars. From Fan to Film: Lee Towersey on Bringing Droids to Life in The Last Jedi Lee Towersey speaks to StarWars.

Vice Admiral Holdo Laura Dern : In short, a very unlikeable character who looked like a middle aged woman having a midlife crisis the purple hair.

At first it literally seemed like she was just there to put the men the flyboys in their place with a show of Disney backed feminism anyone else notice that both the Resistance and First Order seem to have had a major female recruitment campaigns?

I'm fine with the ladies in here but Jesus talk about beyond obvious. Amazingly it turns out that Poe's plans were the wrong route after all and Holdo was in fact correct another decent twist.

The problem is, by the time this happens I was so against Holdo that it just didn't matter anymore.

They made her so unlikeable that it was too late to turn that around. Oh and all this technology but a major ship doesn't have autopilot?

Yoda: Very cool hehe but why not Ben? Or Anakin? Or Qui-Gon? And force ghosts can now do stuff? They can make things happen in the realms of the living?

And again another case of Johnson trying to throw out Star Wars lore and legend by having Yoda destroy the Jedi texts although we see later they weren't Crait: Ah the Hoth battle bit.

I guess it was too hard for Johnson and co not to copy the original trilogy. Seeing as before this we had a copy of the Emperor's throne room with Luke from 'Return of the Jedi' Kylo, Rey and Snoke.

And a copy of the asteroid sequence with the Falcon from 'Empire Strikes Back' Falcon in the Crait caves. Anyway this time the Resistance have about 15 people left although in the next shot we see dozens more soldiers outta nowhere , and they're up against an even bigger force from the First Order.

Same layout as before, the Resistance base door behind a long trench with a few gun turrets. Just in case you mistook it for snow. You know, just in case you thought they were trying to copy the Hoth battle insert eye roll here.

Thing is, why did he do that? He could of killed himself, its an alien planet, you don't just stick random things in your mouth for Pete's sake.

Is this the new Ridley Scott method of alien world exploration? The First Order use around 10 brand new AT-M6 walkers with a few older AT-AT's for some reason , TIE's, Kylo's shuttle, and superlaser siege cannon.

The Resistance use these old speeders V-4X-D which required a sort of rudder that stabilised them. I guess they must have been very old designs?

The battle is indeed a fun highlight but is utterly stupid as the goodies should of been wiped out in minutes.

In fact its so stupid I'm not even sure what they were attempting to do with those speeders. They certainly didn't have firepower to take on the walkers and they couldn't shoot at the TIE's.

Its also here where Finn should of died in an emotional sacrificial moment of heroism Obviously Disney weren't ever gonna kill off their main minority actors, pish posh!

Luke again : So Luke dies It is shown Luke is using force projection to confront Kylo a controversial aspect in itself.

Are we to presume he was exhausted after using this power? So much so that he died? Maybe this ability is so powerful that it drains the users life force.

Maybe that's why we've never seen it before? Maybe only the strongest most force sensitive Jedi can do it? Kinda makes you wonder why no one has ever used it before.

Ben Kenobi could have used it against Vader when confronting him on the Death Star if strong enough. Ditto Yoda against Count Dooku etc Also have to ask why he projected himself looking younger, for Leia's sake?

To sum up, looking closer this is really 'Empire Strikes Back', its just not as obvious. Rebels discovered, Rebels run away, Rebels pursued, Rebels lose in the end.

What's funny is most of this movie is in fact a very slow chase between two very slow moving ships. And this is the first time we've heard about fuel issues in Star Wars also.

A few other final little things. Phasma, what was the point? Nien Nunb's mask still doesn't look as good as the 83 version, how???!!!

What the hell was all that crap with multiple Rey's in that hole? And what was that hole suppose to be? Luke in the cave on Dagobah.

And the final sequence with that kid and his broom, kinda felt like another prequel-esque moment. Is this kid gonna be important?

Did I like this new Star Wars movie? No, I liked bits, and when I say bits I mean bits. I liked the visuals, they were generally a massive improvement over 'The Force Awakens'.

I genuinely loved the small chase sequence inside a huge Crait cave with TIE's hot on the Falcon's tail.

Not only did this look great, it had some classic Chewie piloting moments plus some actual amusing interactions with the Porgs dunno why Chewie would allow them to stay on the ship but whatever.

The fact this sequence also had some John Williams classic Star Wars score along with it almost brought me to tears. I liked Snoke and his death yup.

Twas cool to see a big baddie go down so quickly and easily, unique. I also liked the First Order presence on Crait as it looked badass, alas nothing much happens with it.

I'm really not so sure what they're gonna do going forward and the fact Abrams is back doesn't fill me with confidence. Phil H Super Reviewer.

Feb 01, The first of the Star Wars franchise to saturate itself with that which everyone only talks about in the other outings: The Force. It's all anybody talks about, but hardly seen enough, used enough. 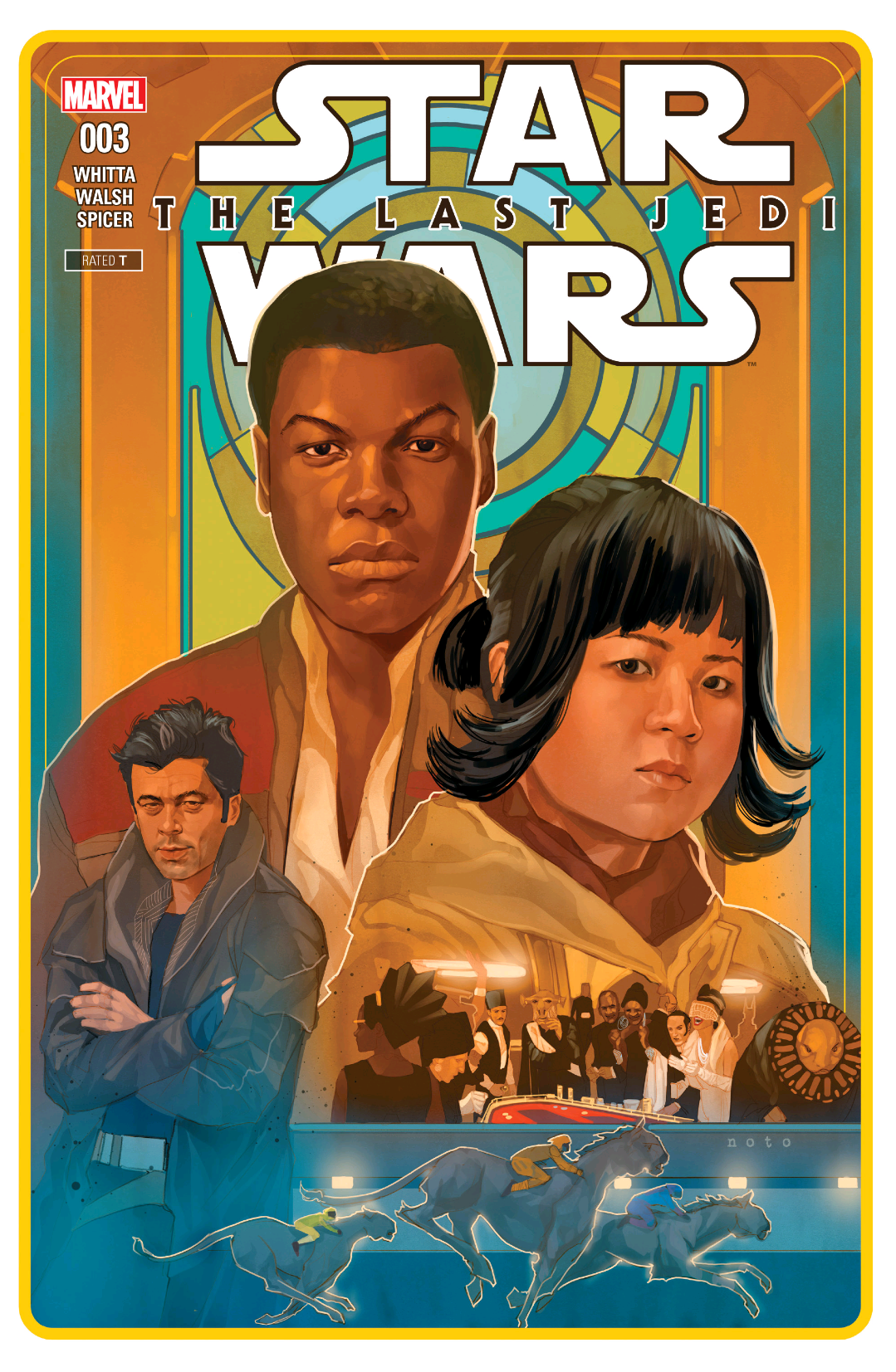 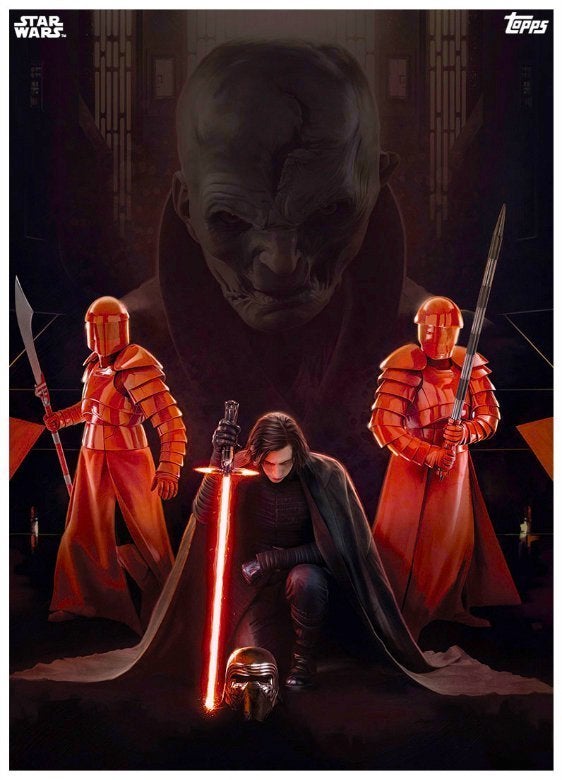